The most bootyliscious, yet gorgeous artistic women of american entertainment. Not all are dark skinned, but dark in some ways or another. 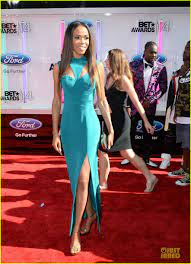 If the first two statements are true, then the third must be also:

American pop culture has displayed many artful styles when it comes to beautiful women, here are the top 10 most Beautiful Dark Complex African American Women

Most lists go from bottom to top, not this one. 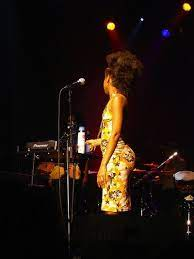 1. Erykah Badu - In the mid 90s, she was drop dead gorgeous.  She matured into an even more beautiful butterfly.  She can fit a body suit on at 45+ and still out shine a 20 year old.  In her On & On video in 2009, she had dirt on her face, wearing rags, but still looking like a dime piece.  Those big poofy lips, sultry curvy sculupture and plenty of junk in the trunk.  Ms Badu has a body of a goddess, along with natural beauty. 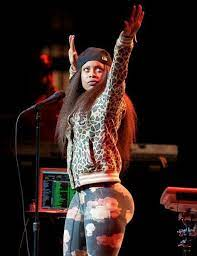 As an entertainer, she gets the movie roles, the jazzy perfomances, smooth videos and quite a few cameo apperances from time to time. Her "look" is her art as well, and that is what places her on the top of this list.  From afros to chickenheads, she can do it all.  Shes had on hats, wigs, dreads, you name it... and she can do it. Baby is bad, only a Texan can do it big like she does. 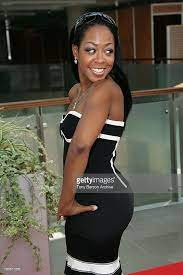 2.  Tichina Arnold (Pam) - Junk-in-da-trunk herself.  Every Hates Chris' star stole the show, but she stole Martin first.  All the dancing around in tights displayed an outstandingly fit, petite frame, but very cury woman who is multi talented.  She sings, and has been on TV ever sice.  She still stands out even going into her grandma roles.

3.  Kelly Rowland (Destinys Child) - Holy Destiny's Child, Batman! Its the other girl.  Beyonce is know by one name, but so is Kelly, just as was Robin.  The only thing, she was never bested by her more famous partner for the beauty.  She also held her own in the dancing and such, for a solid member of a girl group.  After that, she went on to the movies and a few show cameos.  Now she is the most beautiful judge on any reality contest show in the world, African American or not. 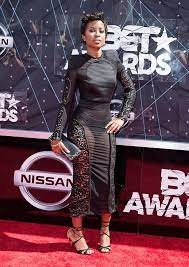 4.  Deja Trimble (Dej Loaf) - Got a little thug in her, but they all do, to make this list,, and that alternate lyfstyle look is just HOT!  This little spinner is just the right amount in all the right places.  Absolutely flawless beauty.  She has a platinum recording voice.  To see her and hear her at the same time is amazing.  Truly a blessed and gifted human being. 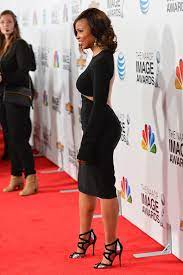 5.  Elise Neal - On the set of Malcoml X along side number .  But she hit her peak in 1997.  That backside was like the perfect off-road bike riamp.  Rosewood, yes, she was that very pretty young woman in Rosewood.  She was also the Fresh Prince's girlfriend for a while. The Hughleys is the show she is most known for, she was the wife.  She was the modern day Thelma at that time.  Nothing has ever been better than Thelma. 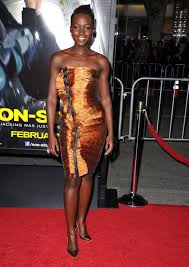 6.  Lupita Nyong’o - Shes a Star Wars character and the baddest of the Black Panthers crew. Body of a goddess, may be an understatement.  This is another that has a flawless body of art.  She was made from a mold that we all wish to emulate.  In the movie, Us, she was also the doppleganger of herself, and basically had two roles, the lead, and the main villian!  So her skills match her beauty, the camera was indeed pleased when pointined in her direction for 2x the amount of time. 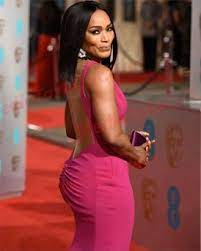 7.  Angela Bassett - The senior representative.  At one time of course she was on top of this list.  The fact that she is still on the list proves her outstanding beauty.  She is no less beautiful, just other ladies are being born!  Seeing her in skin-tight space suits in Supernova back in 2000, was as awesome as it was seeing her as a mom in Boyz in the Hood, 1991.  Then in 2017, she stands next to many younger bueatiful women, as a peer, in Black Panther.  Lets be honest, when she got her Groove back as Stella was the most memoriable of her performances, because, I'm still Waiting to exhale.  Nerd note:  Shes been in a DC and Marvel superhero movie as signifacnt characters. 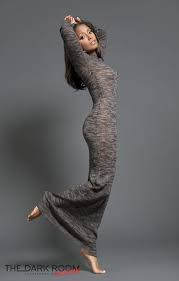 8.  Keshia Knight Pulliam (Rudy Huxtable) - Ever went on a site to see "what child stars look like now?"  Rudy grew up to be a knock out. She has the woman next door look, but a much sleeker frame than average.  She still can act, has a nice singing voice and a wonderful career.  Shes on here for what she looks like now and in her prime, legal, ages only. 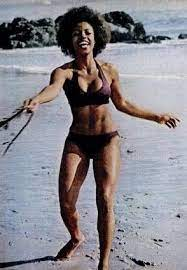 9.  Bern Nadette Stanis (Thelma Ann Evans) - She really started it all.  Thelma was the number one black woman on TV for decades, even long after the show ended.  Not only because of the lack of other shows, but she was still more beautiful than her rivals anyway, wheter they be on TV, singers, movie stars or whatever.  The only women to infiltrate her dominance, of the real African American womans body, were in somewhat of a taboo industry.  Even still today however, she is a gorgeous business woman, and worthy of this list.

10.  Toni Michele Braxton not the darkest of skinned ladies to make the list.  She has a relationship with Birdman, that has to darken things up a bit, and I dont mean for the worse, either.  The depth of her bueauty is displayed when she stands near any, or all, of her super gorgeous family of bombshell sisters.  Tony had the shorter hair, all of the other women went to short hair.  She is as beautiful as it comes. 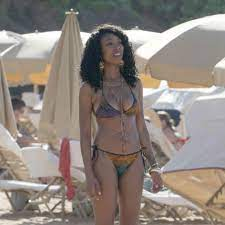 Another reason she qualifies is because her voice is so much like that of Anita Baker, whom just missed out to Angela Bassett.  She has aged, but the beauty is still there. Brandy  also was under consideration, and there's something about gospel soul sister "African American Mary" Michelle Williams other than her perfect voice, legs, and rump.

The term dark also refers to types of art, comedy, and music as well, not only skin color. If Jenny McCarthy married Suge Knight, she'd be on the list.  There are plenty of other puns and easter eggs in this article to help locate current information on all these ladies and others.  Most of my information came from their wiki pages and rest came from IMDB.  Those are always my favorite go to sources.  Thanks for reading, hope you enjoyed it as much as I did creating it, please ask for more!

Completely Butt Naked Full Frontal Amature New Fuck Her Pussy Videos! !!!SAFE FOR WORK Selfies!!! booty,ebony,erotiktube.org,free,free movies,pictures,pussy,nude,naked Is Gal Gadot a good actress? Well she was in Fast and Furious and Justice League. Her terrible acting was right at home in the Fast series, along with bad writing, bad editing, bad effects , and all. Then in Justice League, she was much better, but the rest of the cast and directing… and writing was so much worse than she was, that she actually lifted the movie . But, lets face it, she is the best Wonder Woman , ever. No Offense Linda Carter, but Gail brings something specia l to the character, I do not think anyone outside of Serena Williams, or Venus, could do as good a job as Gadot is doing with the role.   Well Doctor Who has the end of all time thing, so, I suppose that cant be broken. That sho